The activity starts up in HINE Mexico 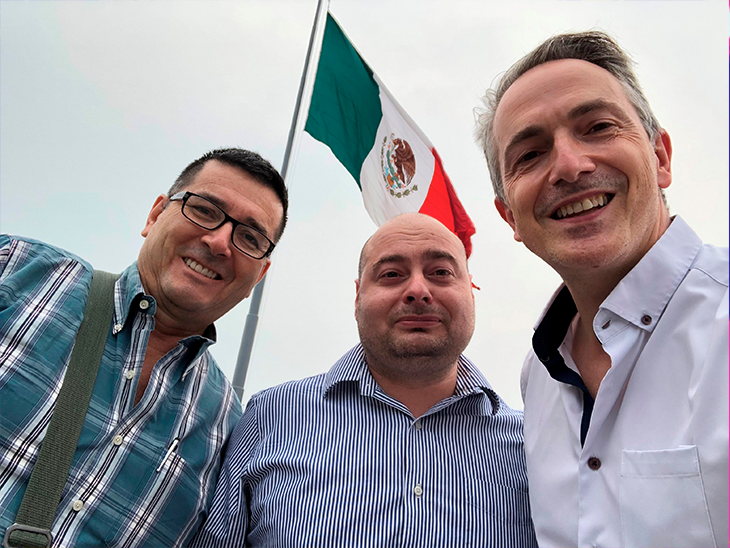 The internationalization of the HINE Group is developing quickly. After HINE Mexico’s opening last July, the first HINE Group branch dedicated exclusively to after-sales service, first goods have already arrived. They have arrived with some delay due to the difficulties involved in the processing of customs permits, but in good condition and with high expectations on the part of the first customers. HINE Mexico has many references in stock and is starting its activity in the country with the aim of positioning itself as a leading company in the wind energy sector and thus becoming the reference supplier of hydraulic components.

With the arrival of first references, HINE Mexico – led by Iñigo González, General Manager of HINE USA – begins a path that is expected to be very prosperous and ambitious. “We are really proud of the work we have done. Everything is going according to the plan and this week we have started receiving visits from our customers at our facilities. Our three-year goal is to triple our service turnover in the country,” says Iñigo González.

An ambitious but not impossible goal, which has already been achieved by other HINE Group branches such as HINE do Brasil, which in 2020 reached the milestone of tripling its sales compared to the previous year. This contributed to the good numbers of HINE Group in 2020, despite being an exceptional year marked by the pandemic.

With the opening of HINE Mexico, HINE has decided support strongly the Service business line. As Lander Guibelalde, CEO of the HINE Group, explains: “In Mexico, our customers are not manufacturing machines, but they are installing a lot of machines, so we understand that there is a lot of potential for Service”. This division, which now represents 20% of the Group’s total turnover, achieved a 65% increase in the USA in 2020 and has grown by 45.5% so far this year.