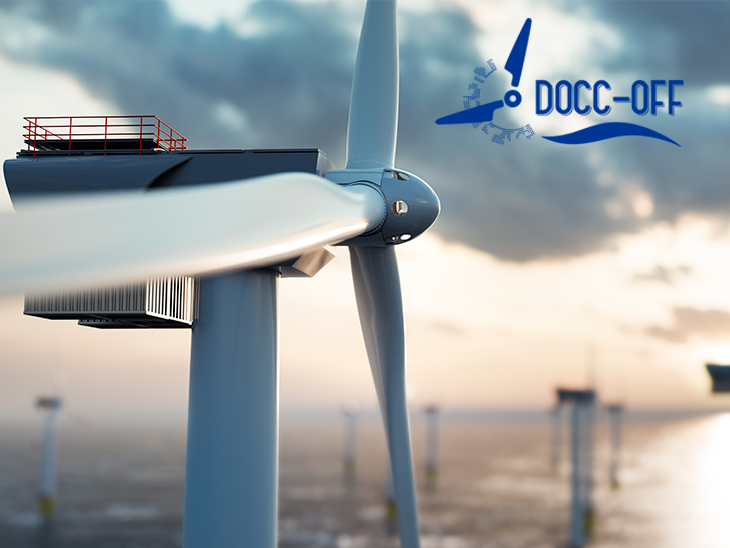 Next 14th October, Sirris/OWI-Lab, HINE’s partner together with Xabet in the joint project DOCC-OFF (Digitalization of critical components in offshore wind turbines), has organised the workshop “Digital twin technology applied to offshore wind turbines” as the closing event of this project.

During this workshop to be held in Leuven (Belgium), the partners of the DOCC-OFF project will share with the attendees the conclusions of this interesting project that arose to reply to the problem of the high costs derived from the in-situ maintenance of offshore wind farms, by new advanced detection and remote monitoring technologies.

For this purpose, DOCC-OFF started defining the FMECA (Failure mode effects and criticality analysis), a theoretical definition of the hydraulic part and the possible failure modes that can occur in the wind turbine’s hydraulic system (such as the PITCH system responsible for controlling the angle of the blades in a wind turbine); defining their effects and criticality. Identifying problems not detectable by normal wind turbine operation and their implemented alarms.

After defining the FMECA, HINE & Ikerlan have continued working on a Digital Twin of the hydraulic pitch system in the wind turbine, that is, a twin digital model in which different component manufacturers are working (gearboxes, hydraulic pitch systems, electrical pitch systems, etc.) to model the acting systems in the wind turbine. The results obtained from the simulations have been positive, which have subsequently been validated on a real test bench in the laboratory.

Subsequently, and based on this Digital Twin, Xabet has created a digital platform. An interface capable of visualising possible future problems in the wind turbine’s hydraulic system so that the operator can detect them at an early stage. A platform that can be implemented as Predictive Maintenance of the wind turbine, and very useful for wind farm operators.

A project with a positive impact that will improve the competitiveness of both HINE’s partners in DOCC-OFF and other companies in the offshore wind energy value chain, making this sector a competitive option compared to other energy production alternatives, with the resulting reductions in operating and investment costs.

If all goes according to plan, the good results obtained with this project point to a “DOCC-OFF 2.0”, with which both HINE and its partners hope to make further progress. 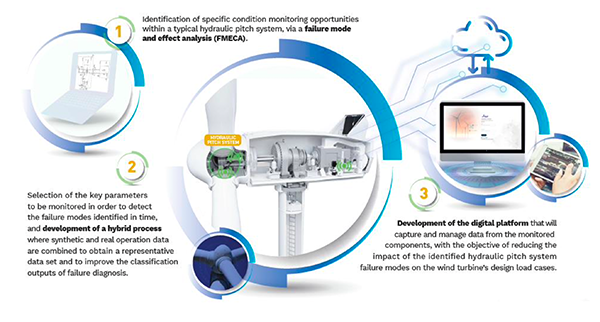 Choose a global leader for your hydraulics solutions

How can we help you?