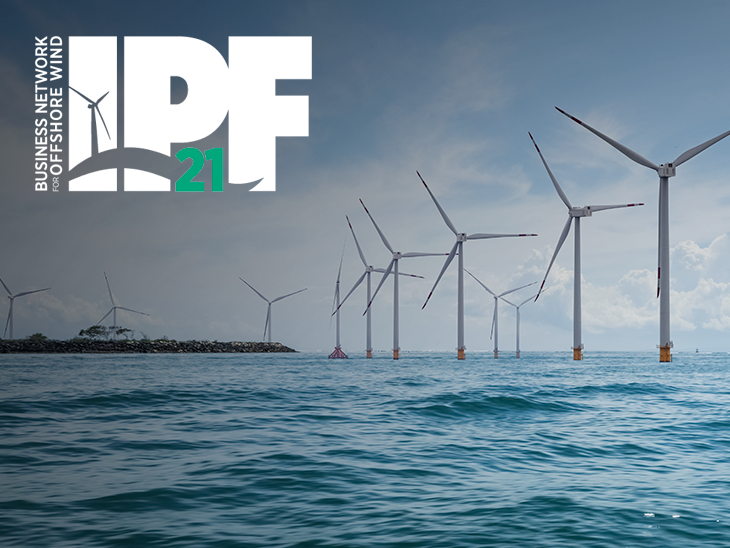 From August 24 to 26, HINE will participate in IPF (The International Offshore Wind Partnering Forum), the most important offshore wind energy exhibition in the USA and one of the most important in the world. The 2021 edition will take place in Richmond, Virginia (USA) and will have more than a hundred exhibitors from 15 different countries, so it seems to be again an absolute success in terms of participation and attendance, as it was in previous editions.

Organized by the Business Network For Offshore Wind, IPF brings together in the same space the world leaders of the sector with the aim of promoting the exchange between them, as well as the development of offshore wind, which will be the main protagonist of the renewable sector in the coming years. More than enough reasons for HINE to be present at this important international event.

Thus, HINE will be located in booth number 508 at IPF 2021. A space with an innovative design shared with ELBE Alliance, which brings together seven European energy clusters and leading companies in wind sector.

HINE’s participation in IPF is part of a group of strategic actions aimed at boosting activity in the offshore wind business, which is clearly emerging at the renewable energy sector, as our CEO Lander Guibelalde has already pointed out on previous occasions: “The offshore business is expected to increase tenfold by 2030. It’ s a sector which has a huge future”.

HINE will be represented at IPF by Íñigo González (Chief Communication Officer of HINE) and Gorka Ramírez (Business Developer Manager of HINE USA). Both have highlighted the importance of taking part in this great international event: “This is a great opportunity for HINE USA. More than 12 offshore areas are expected to be installed between 2023 and 2026 on the Atlantic coast of the United States. Everything points to the fact that the biggest companies in the renewable sector in Europe, HINE among them, will be the best positioned to take advantage of this situation.”

After the U.S. event, HINE will continue its exhibitions calendar taking part in other events such as Expomac or Exposibram, both in October in Brazil, or China Wind Power, which will take place from October 18 to 20 in Beijing.

Choose a global leader for your hydraulics solutions

How can we help you?